How Privatisation of Public Schools Began and Why it Continues

How “Reform” in New York City Became “Privatisation” Across the Country

Charter schools were envisioned by Albert Shanker, then President of the American Federation of Teachers, as a way to improve the engagement and education outcomes for students in the New York City School System who were not doing well academically and were at risk of not completing high school. Shanker envisioned a school environment unconstrained by the school system’s rules, guidelines, and practices. Thus unencumbered, Shanker believed these schools would be free to experiment, innovate, and develop the education practices needed to reach at-risk students. The original idea was to fund and support charter schools within the framework of existing public schools. It was Shanker that coined the term “charter schools.” This was in 1988, late in Ronald Reagan’s 2nd term. 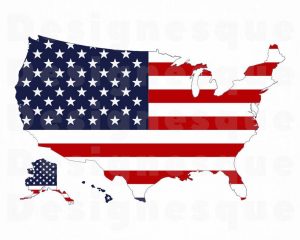 Nobel economist Milton Friedman advanced a new political idea while serving as an advisor to President Reagan. This novel concept called for replacing services provided by the government with a system of free markets. Under Reagan, Friedman’s economics of privatisation became conservative dogma which continues to this day. Friedman’s education agenda included “school choice” – an alternative to government-operated public schools, which allowed every family to make the best education choices for their children. He also advocated for “education vouchers.” These funding instruments which used government tax dollars were redeemable annually by families to be used for purposes of educational choice.  Friedman’s ideas were a natural fit to the charter school idea as an alternative to traditional public schools.

In the post-Reagan political environment Shanker’s charter school idea gained political traction, especially among conservatives interested in improving academic outcomes while reducing educational costs by introducing free market competition.  In 1991 Minnesota became the first state to pass a charter school law. California followed in 1992. Other states followed so that by 2015, 43 States and the District of Columbia had charter school enabling laws.  The “free market” environment supported by government funds attracted education entrepreneurs with the freedom to establish and market schools to parents seeking educational alternatives outside of available traditional public schools.

The politics of education improvement continued into the 21st century with “No Child Left Behind” in 2001, during the Bush Administration, and the Obama Administration’s “Race to the Top” in 2009. Guided by industry lobbyists, both programs allocated funds for charter schools. These initiatives used student test results as the primary metric to measure academic outcomes.  Not surprisingly, under this free market, the numbers of charter schools in the U.S. have steadily increased.

Increased government funding for “schools of choice” – charter schools and increasingly, private Schools – has come at the expense of traditional public schools. This is happening as education budgets are impacted by recessions and politically positioned “tax cuts.” At the same time student enrollment in all school categories is increasing. Education funding is a zero-sum game with the rules increasingly dictated by lobbyists and high dollar political donors – a game traditional public schools are losing. 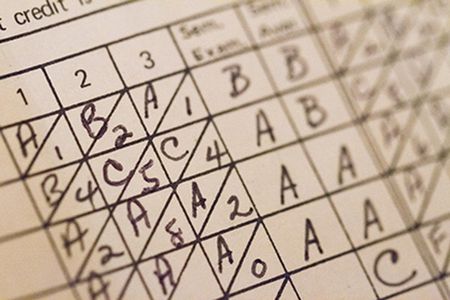 What are the results so far? Charter school laws differ from state to state making generalizations of success difficult.  Nonetheless, there have been studies attempting to measure the success of charter schools Vs. traditional public schools.  Results have shown little if any differences in rural and suburban areas, with charters having sometimes better outcomes in low-income urban areas. With some exceptions, there is little evidence that charter schools are the hoped-for engines of cost reduction and academic innovation. Speculation for the reason behind this result is that while many charter schools are created with the intent of providing a unique and innovative educational experience for their students, they remain accountable for test scores, state mandates, and other traditional requirements.  The belief is that these constraints have the effect of turning charter schools into a similar model and design as the public schools.

Mandated student tests are not required for private schools making comparisons between “voucher” and public schools difficult if not impossible. 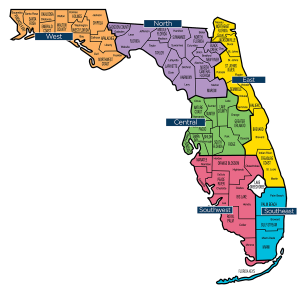 Charter School movement in Florida was politicized in1998 by Jeb Bush who ran for Governor on an education reform platform. His instrument of reform was publicly-funded charter schools. Bush won and Tallahassee has never looked back.

Today about 10% of Florida’s elementary and secondary school students are educated in charter schools. In 1999 Tallahassee legislators introduced “voucher” programs that award financial scholarships to individual students enabling them to attend private Florida schools with the help of public funding.

Politically driven education reform over the past 30+ years has brought Florida to its current status, ranking well into the lowest half of the 50 states. In 2019 Florida was 36th in High School graduation at 80.7%, and 43rd in per-student spending of $9,737. In academics Florida’s eighth grade NAEP MATH proficiency stands at 26.1%, and third grade READING proficiency is 30.3%. It is small comfort that Florida’s state rank is considered exceptional considering Florida’s public schools receive some of the lowest funding of any state school system in the country.

Unfortunately, Florida education investment today is dictated by political dogma, rather than educational outcomes. POPS believes there are many problems with Tallahassee’s education policy and funding decisions. We believe major changes are needed to focus State legislators on outcomes that will enhance primary and secondary public school education in Florida.

POPS has many issues with primary and secondary charters and privates funded by Florida taxpayers. Among the issues are:

These are not trivial shortcomings in an otherwise well-performing education system. Each issue has consequences that negatively impacts students’ learning outcomes.